Through this COVID-19 epidemic, everyone may already know about the drug redisive. This is a drug originally developed by Gilead in the United States that was originally used to fight Ebola virus. Later, it was found to have a certain effect on COVID-19. The drug was once regarded as a "magic drug" for COVID-19.

However, clinical trials from China and the United States have found that the efficacy of redoxivir on COVID-19 is relatively limited, which can shorten the "hospitalization time" of patients by about 30%, but does not reduce mortality. Obvious effect. However, the drug is still officially recognized and approved by the United States because of its effectiveness.

But just yesterday, when Gilead, the company that developed Ridesivir, announced the price of the drug, many American netizens were shocked...

According to reports from CNBC News, The Wall Street Journal and the Associated Press, according to Gilead’s pricing for developed countries, each American patient with private insurance is required to take a dose of redcive The payment of $520 means that they need to pay a total of $3120 to complete a 5-day course requiring a total of 6 doses.

Patients with government medical insurance are required to pay $2340 for a course of treatment, of which the unit price for each dose is $390.

(screenshot from the Associated Press (Report)

The reports of these media are also consistent with the drug prices announced on the official website of Gilead. 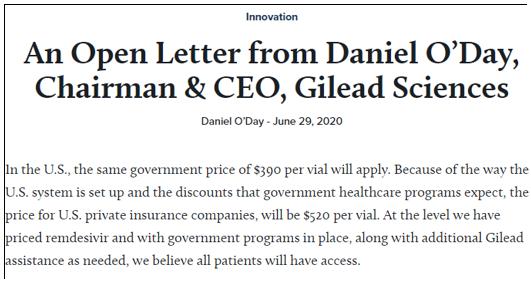 However, although Gilead said This is just pricing for developed countries, allowing 127 developing countries to copy their medicines, and emphasized that their pricing for developed countries has also been "well below" the actual value of drugs, according to reports from the Associated Press and US netizens on social networks Judging from the response above, many Americans still think that the price of this drug is "too expensive."

Institute for Clinical and Economic Review, a non-profit organization that analyzes drug pricing in the United States, said in an interview with the Associated Press that with dexamethasone, a cheap hormone The drug has been found to reduce the mortality rate of patients with COVID-19. The price of one course of redoxivir should be set between 2520 and 2800 US dollars.

A doctor interviewed by the Associated Press stated frankly that for a drug such as redcive, which cannot reduce mortality, the price is indeed expensive. The doctor also pointed out that Gilead used a large amount of U.S. taxpayers’ taxes in the development of ridcive, so the government should take over the production of the drug and give it to patients free of charge.

Another medical policy expert from New York in the United States also holds this view, saying that if Ridsivir can really save people's lives, then the pricing is okay, but the drug does not have this function. The expert also said that Gilead's pricing for Redcive also proved that one cannot expect pharmaceutical companies to make "correct" decisions during the outbreak.

An attorney from Public Citizen, an American consumer rights organization, exclaimed that Gilead’s pricing was “too much”, saying that at least $70 million was used in this research and development The public finance drug should be a public drug. 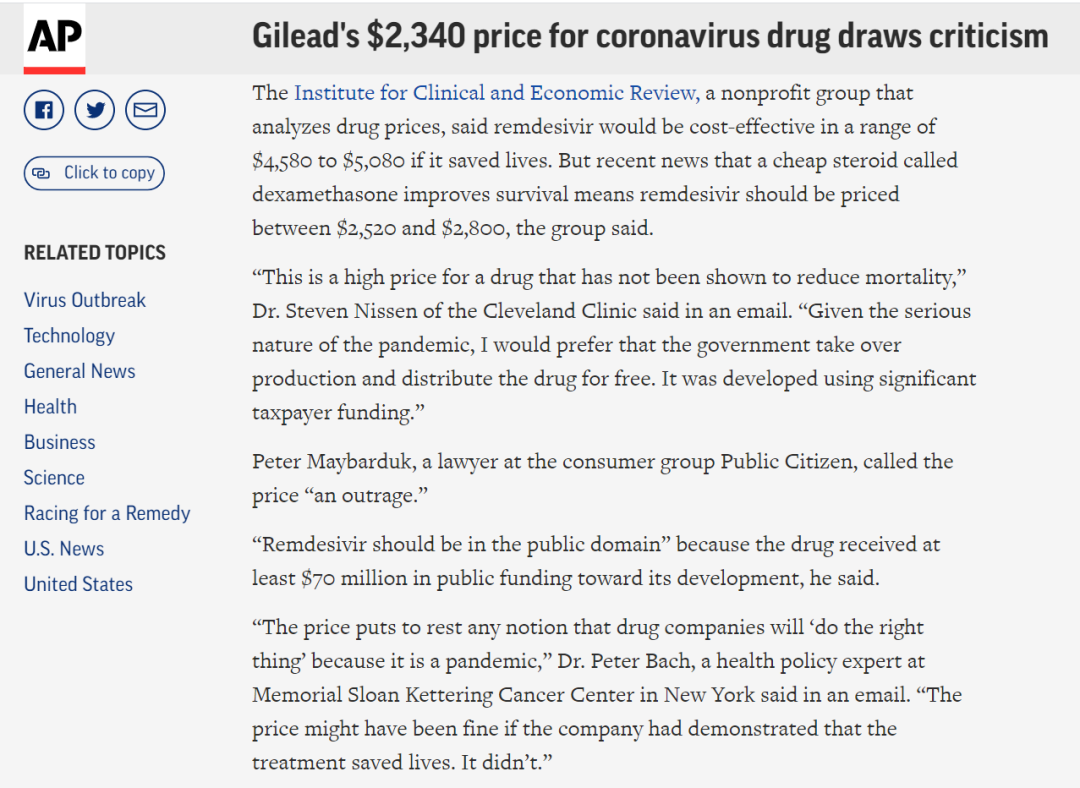 (screenshot from the Associated Press (Reported)

On the overseas social platform "Twitter", a large number of American netizens and some American liberal politicians also expressed strong dissatisfaction with the "high price" that Gilead has set for Redsive .

Sanders, a popular Democratic politician among American liberals, denounced Gilead, saying such a $15 billion company asked for so much money for a drug developed a year ago , Is "greedy" behavior and must be stopped. 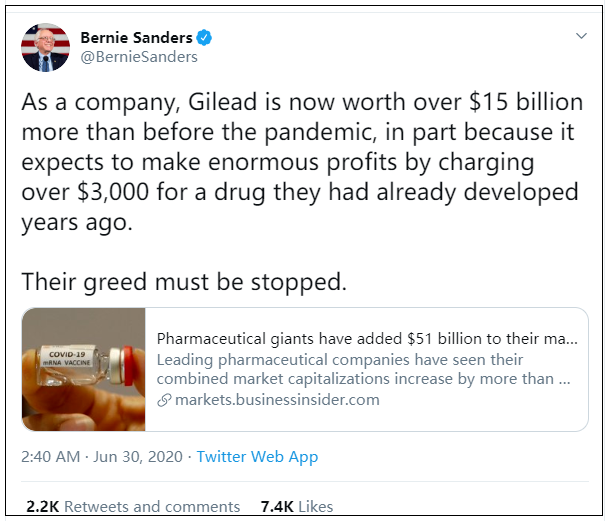 Others are available on Twitter A large number of liked web posts also condemned Gilead's "greed", thought that the company only cared about the "rich", and believed that Redsive should be free. These dissatisfaction also put Gilead on Twitter's hot topic list.

There is a popular post that is dissatisfied with Gilead and thinks that the company The board of directors should be taken away by "Devil Satan": 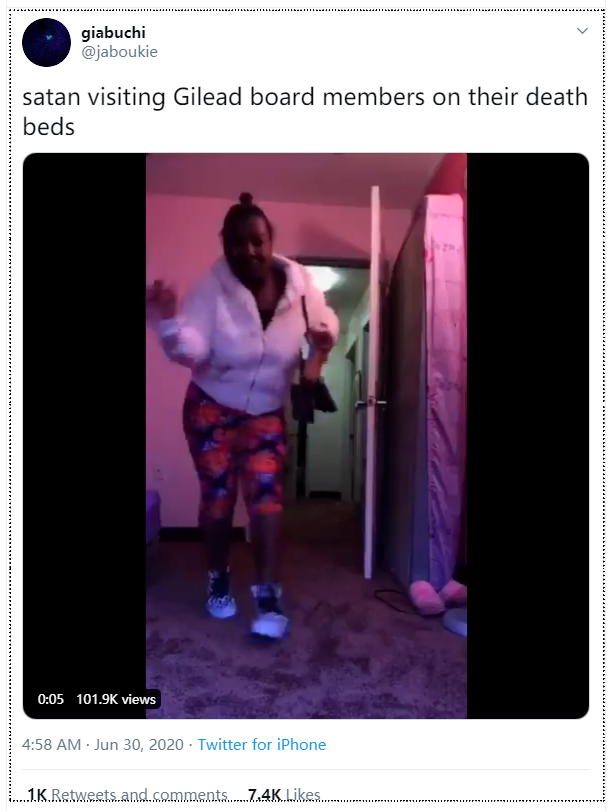 Some American netizens who are dissatisfied with Gilead have also posted that only by taking the path of socialism can this evil of capitalism be defeated.

But there are some that support Gilead American netizens believe that the efficacy of ridxivir can shorten the length of hospitalization of patients is at this price, and if the drugs are free, the pharmaceutical companies will no longer have the incentive to develop drugs in the future.

The one mentioned earlier At the end of the Associated Press report, there was also an infectious disease expert from the University of Minnesota that if Ridesivir could shorten each patient’s hospital stay by up to 4 days, the price given by Gilead was reasonable because This can actually save about 12,000 US dollars per patient.