US media said that if the polls show no signs of improvement, Trump may withdraw from the presidential election, the team: fake news 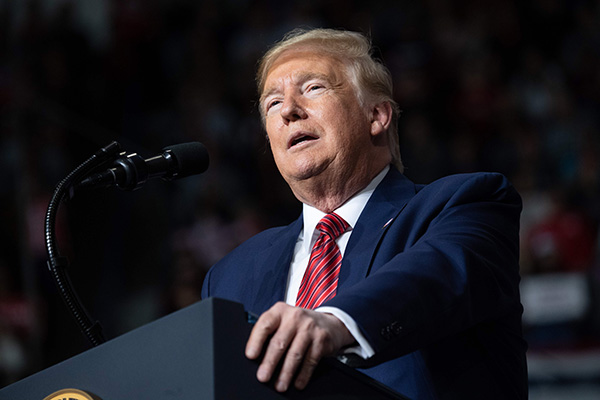 Recently In view of the polls showing that the support rate of President Trump has continued to decline, many Republican insiders are worried about the prospects of Trump's re-election, and some even admitted that if the results of the polls deteriorate further, then Trump may withdraw 11 Presidential election in March.

Fox News (FOX) reported on the 29th that an unnamed Republican insider revealed that although it is too early, if the polling results continue to deteriorate, then the public may see special Lampp withdrew. Another Republican source also said that he had heard relevant conversations and thought it might be true, "I bet if he believes he cannot win, he will withdraw."

FOX analysis said that the reason why Trump’s poll support rate has declined in recent weeks is because of the public’s response to the Trump administration’s response to the COVID-19 epidemic and the treatment of Freud’s The death triggered dissatisfaction with the nation's protests.

However, it is worth noting that the polls about Trump are not necessarily accurate. The FOX publication pointed out that as early as 2016, Trump lags behind the Democratic Party in almost all pre-election polls. Candidate Hillary Clinton, but in the end Trump won the election. Politico, an American political news website, has also previously stated that the polls may not reflect the true election situation, because the proportion of Trump supporters in the polls may be lower than the actual situation. The 2020 polls may be the same as the 2016 ones. .

Regarding Trump’s possible resignation, Trump’s campaign spokesman Tim Murtaugh told FOX on the 29th that the relevant reports were all “fake news”. Everyone knows that Trump’s media polls have always been wrong. Not only did they undersample Republicans, but they did not select voters who participated in the polls, so the polls were not accurate.” Merte said, “ Previously, there was a similar situation in 2016. If the polls are accurate, then Hillary Clinton is now in the White House."