Indian media reflection: Not only is Gallevan, India also needs to win China in these 5 areas

The Times of India published an article titled "Not only Gallevan, we also need to win these 5 battles" on the 28th. The article states that over 40 years ago, India was in the same position as China in most social and economic indicators. The same level, but after China's reform and opening up, almost all indicators quickly surpassed India, and today China has become the world's second largest economy. The article believes that in the face of this situation, India needs to work hard in five aspects: national income, infant mortality and life expectancy, education and urbanization, railway and aviation network, and industrial capacity, and strive to surpass China and win in a few years. These 5 "wars". 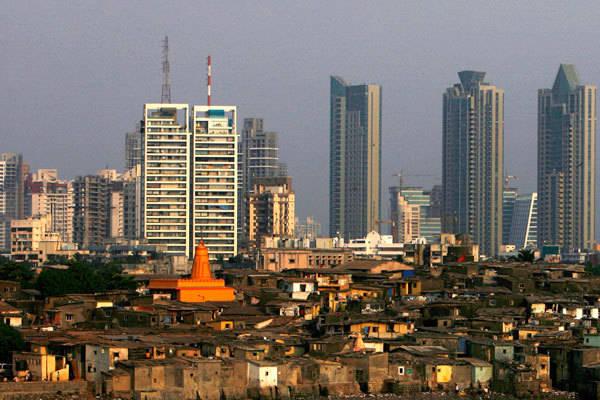 In terms of income, the Indian media pointed out that in 1980, China’s GDP was 191 billion US dollars, only slightly higher than India’s 186 billion US dollars. Since China has a larger population than India, at that time about 40% of the people in India were at the affluent level. The annual income per capita in India was 267 US dollars, while China only had 195 US dollars. After China's economic reforms, the situation has rapidly changed. By 2018, China's per capita income has increased 50-fold to reach US$9,771, while India's per capita income has grown more slowly to more than US$2,000. As for GDP, China’s GDP has reached US$13.6 trillion, while India’s is only US$2.7 trillion. 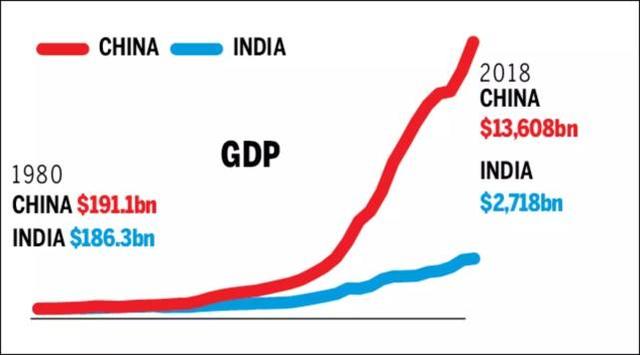 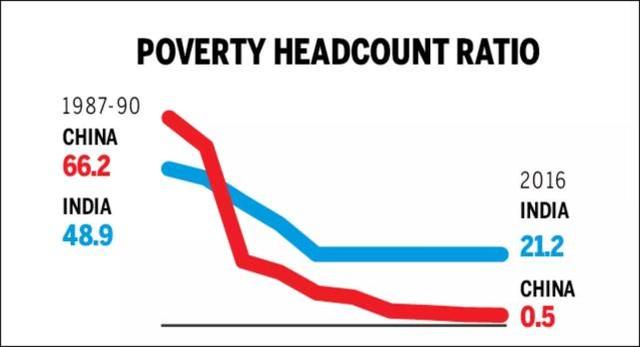 In terms of education, the printing media pointed out Even in the 1980s, China had an advantage in eliminating illiteracy. At that time, two-thirds of China's population was literate, while India had only two-fifths. Since then, the literacy rate of the Indian population has grown rapidly, and now it has reached 74%, but the literacy rate in China has exceeded 97%. 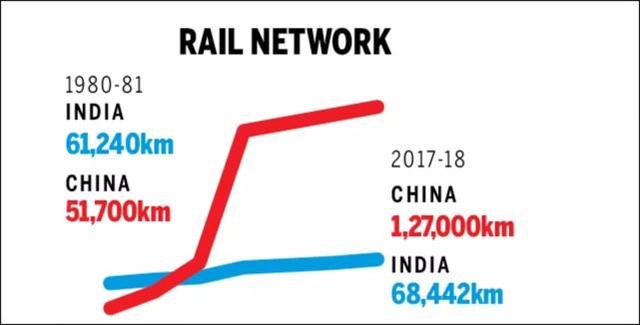 In 1969, India’s neonatal mortality rate (IMR) was high. For every 1,000 babies born, 145 people died, when the IMR in China was 84. Since then, India has significantly reduced IMR to 30 through investments in institutional delivery and maternal health, while China’s prosperity has enabled it to reduce its IMR to 7, which is equivalent to the level of developed economies such as the United States. The IMR of the United States in 2018 was 5.6. 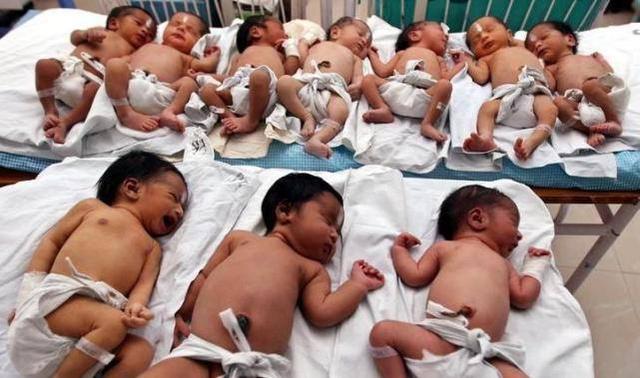 As mentioned above, in the period when the country gained its independence, India has more industrial centers than China, but today China has become a "world factory." Automobile production figures in both countries illustrate this change. According to data from the International Organization of Automobile Manufacturers, in 1999, China and India produced the same amount of cars, with India producing 530,000 cars and China producing 570,000 cars. But last year, India produced 3.62 million vehicles, compared with 21 million in China. 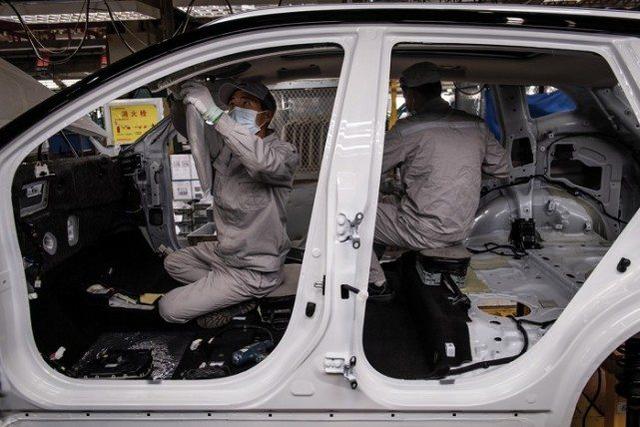