The United States gives priority to other countries! 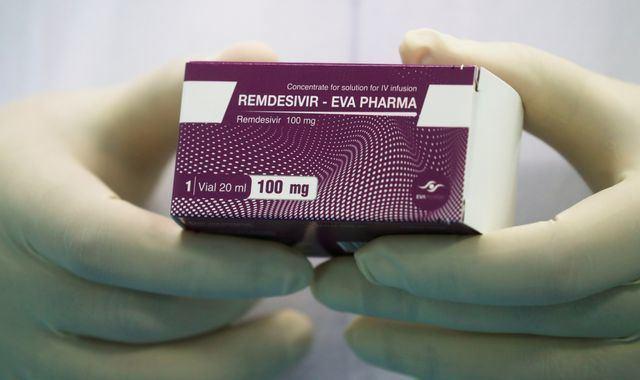 According to the British "Guardian", the United States has already purchased In the next 3 months, almost all the stocks of the new drug against red coronavirus, redoxivir, are not left in the UK, Europe and most parts of the world. This means that for at least the next 3 months, no other country can buy Redcive.

Experts and activists are raising alarms about this unilateral action in the United States and its far-reaching impact. The Trump administration’s words and deeds have already demonstrated that it is ready to surpass all other countries in terms of bids and strategies to ensure the medical supplies needed by the United States.

Dr. Andrew Hill, Senior Visiting Research Fellow at the University of Liverpool, said: "They have obtained most of the (redxivir's) drug supply, leaving nothing to Europe."

Ridsivir is the first to be approved by the US authorized authorities The drug for the treatment of COVID-19 is produced by Gilead. The 140,000 doses of drugs originally provided to drug trials around the world have been used up. The Trump administration has now purchased more than 500,000 doses, which is the total output of Gilead in July and 90% of the production in August and September.

U.S. Secretary of State for Health and Human Services Alex Hazard said: "President Trump has reached an amazing agreement to ensure that Americans can get the first approved treatment for COVID-19 Drugs." "We want to make sure that any American patients who need Radecivir can get it as much as possible. The Trump administration is doing our best to learn more about the treatment of the new coronavirus and ensure that the American people have access to these Choice."

The report pointed out that because Gilead has obtained a patent, this means that other companies cannot produce the drug. Buying out the world’s supply of redoxir is not only a response to the increasing number of infections and deaths, but also shows that the United States has adopted a "American first" attitude in this global epidemic.

Canada’s Prime Minister Trudeau warned that if the United States continues to disregard the high prices of its allies, it may have unintended negative consequences. He said: "We know that it is in the interest of both of us to work together to protect the safety of our citizens."