People from all walks of life condolences to the late Seoul Mayor Park Won-sun, died on July 13 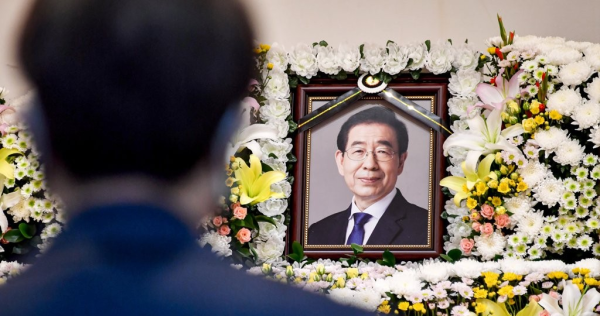 Seoul Mayor Park Won-chun died unexpectedly in the early morning of July 10 Afterwards, South Korean political circles, civic groups, religious circles and other people from all walks of life went to the Lingtang Hospital at Seoul University Hospital to express their condolences.

Piao Yuanchun’s funeral was held in Seoul University Hospital with the specifications of Seoul’s special city funeral for 5 days, and the funeral took place on July 13. Public and media reporters cannot enter the hall. The public can pay their condolences to the incense burner set up by the Seoul municipal government in front of the municipal government building from 11 am on the 11th.

At 5:17 pm on the 9th, the police and fire department conducted a search after receiving the report of Park Yuanchun’s daughter. At 0:1 on the 10th, Park Won-chun was found dead in the area of ​​Beiyue Mountain in Seoul. He wrote in his suicide note that he would apologize to everyone and thank everyone who had accompanied him. He felt guilty that he only brought pain to his family. well.

At present, the cause of Pu Yuanchun’s sudden death is still unclear. South Korean media pointed out that it may be related to the sexual harassment allegations made by the former secretary Park Won Chun the day before the incident.