"Viruses don't matter which party you are!" American media: Trump and the Republican Party are not the only ones who mess up the epidemic prevention, as well as the Democratic Party's ruling state

The COVID-19 epidemic in the United States has been seriously out of control, and it is not new to us Chinese. The number of infected people has reached 3 million, and the number of deaths has exceeded 130,000. It is the country with the worst epidemic in the world, and no other country can compete with him for the first place in a short time.

However, although the main person responsible for the collapse of the US epidemic is the administration of President Trump, a recent article published by the US Bloomberg News pointed out that it is not only Trang that messed up the US epidemic prevention work. The general government and the American Republican Party to which he belongs. The United States Democratic Party, which has been criticizing Trump and the Republican Party, has also done quite poorly in its epidemic prevention work in its ruling California (California) and other places.

"Viruses don't matter which party you are from", this Bloomberg review article wrote straightforwardly at the beginning.

This article The author pointed out that many mainstream “liberal” media in the United States, such as the New York Times, have been describing the out-of-control situation in the United States as a Republican issue, and they always love the three Republicans in power in Florida, Arizona and Texas. The state criticized it. But the actual situation is that the Democratic Party of California also has the same epidemic prevention problems as the Republican Party.

"Your criticisms of Florida, Arizona, and Texas are actually fully applicable to California," the author said. 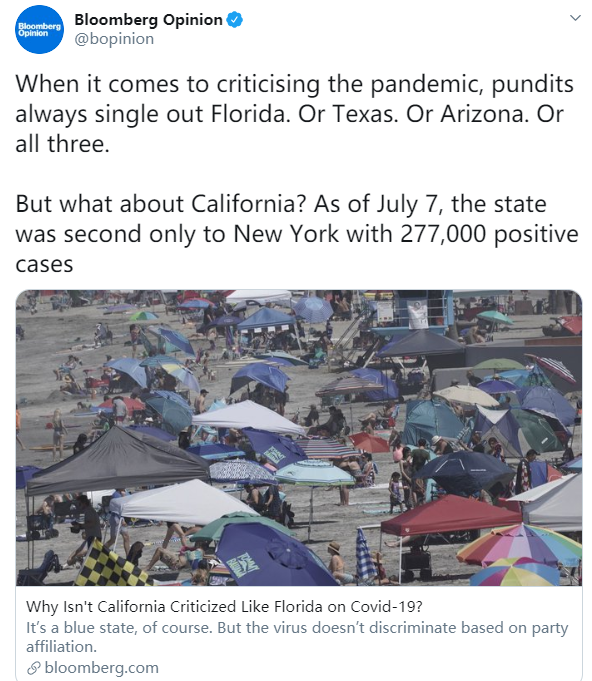 The author of this article is also specific Here are some more specific examples. For example, like California and Florida, the bar was opened when the epidemic was not under control, and the local people were not forced to wear masks, and the decision to restart the place was also handed over. The more grass-roots government has no overall arrangement.

However, many mainstream "liberal" media in the United States have not criticized California with the harsh tone of criticizing the Republican Florida in power. 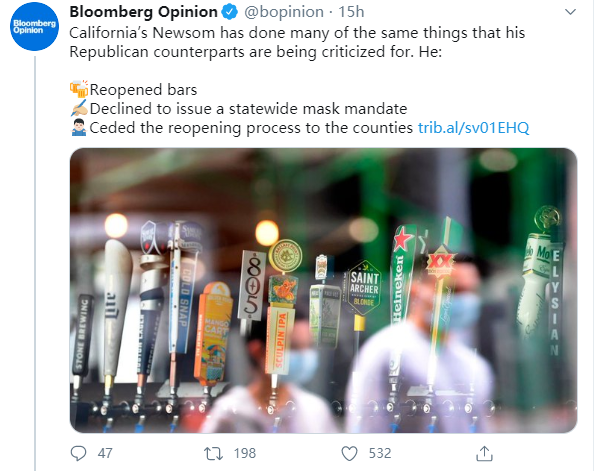 For this kind of "dual label" of the "liberal" in the United States, this article’s The author believes that this is because the “liberal” media in the United States has been creating a “speech” that “the Republican Party’s dereliction of duty has caused the US epidemic to get out of control”, so if you criticize the Democratic Party’s governing California, you will Surgery" causes damage. 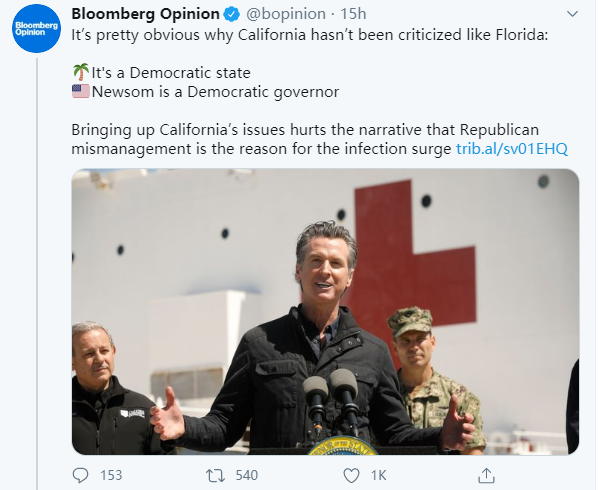 But the author of this article emphasized that "the virus does not matter which party you belong to"-although the Republican and Republican President Trump’s epidemic prevention at the local and federal levels in the United States is huge, it is "not washed." The actual situation is that there are new deteriorations in the COVID-19 epidemic in 38 states in the United States. Among them, there are both Republican and Democratic states. Therefore, if the deterioration of the epidemic is interpreted as a "partisan issue", push each other. The pot will only have a negative impact on the US epidemic prevention work.

Unfortunately , This article ended when it was written here. In the end, the author only pointed out that the 38 states of the United States will have a recurrence of the epidemic. It is due to the local urgent need to restart the economy and the urgent need to get people back to work, and called on both parties and their supporters in the United States to treat the epidemic “modestly”. problem. 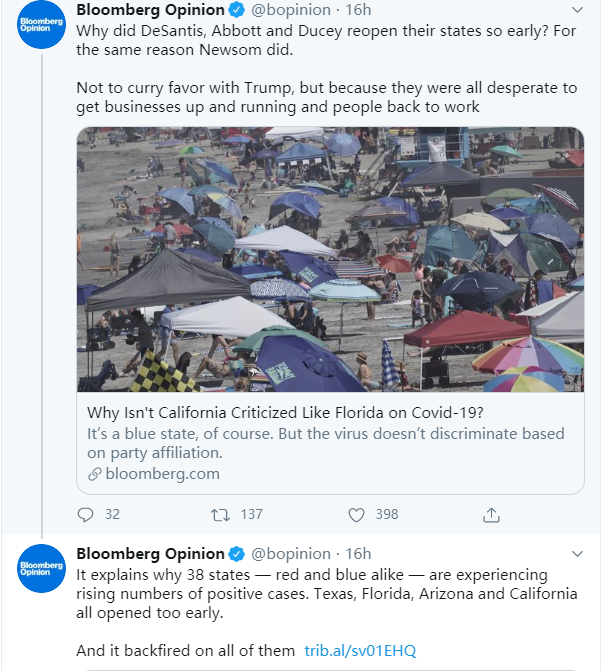 But the author did not change In-depth analysis of why the United States is "urgently" hoping to restart the economy. In particular, who does this “urgent” emotion come from: is it a government official? Is it a corporate capitalist? Or the people themselves? Or all three?

Because only this problem is understood, people can really see the root cause of the uncontrolled epidemic in the United States. After all, this problem stemming from the deeper level of American culture, society, and system is much more difficult to deal with than an "unreliable" president.