A 30-year-old male from Texas, USA, believed that the new corona virus was not so terrible and deliberately participated in the "COVID-19 party". He did not expect to be infected with the virus and eventually died. US Newsweek reported on Jan. 11 that Jane Appleby, chief medical officer of San Antonio’s health care provider "Methodist Healthcare", reported that the man told the nurse before he died: "I think I made a mistake , I thought it was a scam, but it was not the case." "Newsweek" reported that there are many "COVID-19 gatherings" in the United States, and the parties deliberately approached people closely to see if anyone would be infected with the COVID-19 virus. Many students at the University of Alabama organize such parties, and even race to see who gets infected first. In North Carolina, many people claim to be not afraid of the virus, and they get sick at such parties. (Reporter Wang Xinfang) 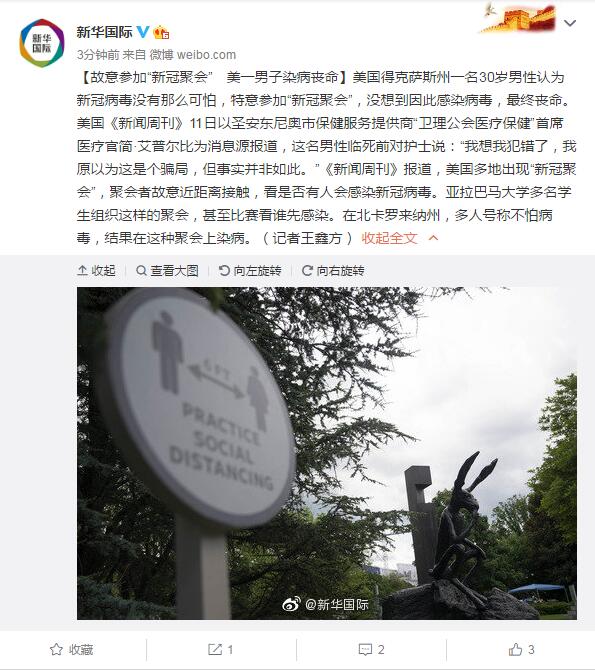